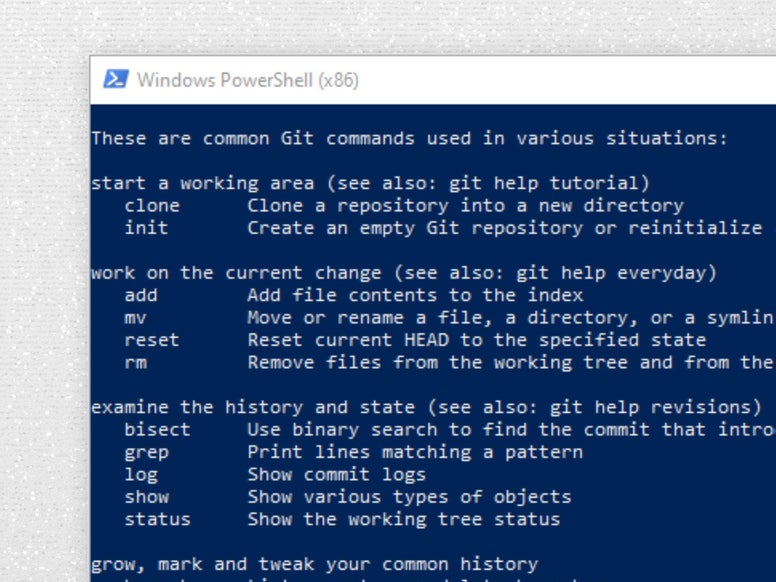 Here’s a quick recipe to setup a Powershell Command Prompt for development with Visual Studio and .NET in general.

Being a complete Powershell noob until quite recently I was not sure where to start. All the required info is out there but fragmented so I figured I’d put it here for other developers that run into the same problem.

I want a PowerShell box to do everything the Visual Studio Command Prompt can do and then some.

How I got it working

PowerShell is easily extended using Modules. Fortunately, there’s a lot of those available already. Being a noob on Powershell I was not exactly sure how to install modules. Thankfully, there’s a module for that too.

The above command is copied verbatim from the PsGet home page.

When PowerShell starts up it loads the user profile first so we can use that to configure the environment. The profile is located under:

If the file doesn’t exist yet, create it and add the following lines:

You may need to modify the path if you have a 32-bit Windows version or installed VS in a different location.

Now when you start a PowerShell prompt, you can run MSBuild and all the other tools used in .NET development.

Git support
If you’ve already installed MSysGit you should be able to use git from PowerShell. To further integrate git into PowerShell you can use posh-git. Posh-git provides command completion using the Tab-key and adds the repository status to the prompt. To install using PsGet:

The installation will update your PowerShell profile to load the module automatically.

Migrating sites from IIS7 to IIS8